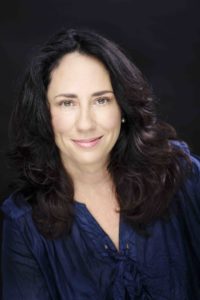 With a distinguished background as an opera singer, Tarita Botsman is also a stage director, artistic director, composer and writer. She is an Adjunct Associate Lecturer at the School of Music University of Queensland where she is completing her PhD in musical composition and the incubation and creation of original musical theatre works. She is a graduate of the Guildhall School of Music and Drama in London, the Queensland Conservatorium of Music – Griffith University (Music) and Queensland University of Technology (Acting) in Brisbane, Australia. During her studies in the UK, Tarita was honored to sing for His Royal Highness Prince Phillip at the Worshipful Company of Goldsmiths. She is also the Chairwoman of the Classical Committee for the Australian Women in Music Awards. She has been the Artistic Director of The 7 Sopranos since 2009. Tarita has recorded and produced several albums – The 7 Sopranos debut album with ABC Classics that went to the top of the Classical Aria Charts and Popcorn with Cre8ion, Fanfare Records and Sony Records. In 2015 Tarita recorded with her long-standing accompanist and musical director, Glenn Amer, an album of lost classical songs – Treasures. Notable awards she has received include Young Australian of the Year and Young Queenslander of the Year for her contribution to the Arts in Australia, the Monash University Italian Studies Award, an Ian Potter Cultural Trust Award, more recently – the Paul and Tony Kinane Scholarship for PhD studies in music, and she is a Tait Memorial Trust Recipient (UK), and a Queen’s Trust Award winner from the UK for Excellence in the Performing Arts.

Tarita followed her professional operatic debut (Opera Queensland) at the age of 22 with study across Italy, the UK, Germany and Australia, and she made her recital debut at Teatro Il Tempietto in Rome, Italy in 2007. During her freelance operatic career she performed over twenty operatic roles for companies in Australia, the UK and Germany (operatic role highlights included repeat regularly booked performances of Adina in Donizetti’s L’Elisir d’Amore, Despina in Mozart’s Cosí fan Tutte and Zerlina in Mozart’s Don Giovanni), she performed roles in musical theatre in Australia (major highlight included Maria in Bernstein’s Westside Story with the Queensland Symphony Orchestra), and she has also performed as an actress/singer for all the major state theatre companies in Australia, including four seasons of Terence McNally’s play Masterclass that included a season for Sydney Theatre Company at the Sydney Opera House.

In 2012 Tarita discovered a new passion: creating her own works. Julie – the musical, based on the life of Julie d’Aubigny, is the third in a line of works written and composed by Tarita. It is being produced by Cre8ion in Australia and True Friends Productions in the USA for stage and screen. The first was Reverie, performed in 2014 at the Illawarra Performing Arts Centre. Reverie is an operatic piece – utilizing the historic form of the pastiche. Reverie explores the life of an opera singer, using award winning motion graphics created by multi-talented Australian artist and designer Mark Thompson, to create a sumptuous world of beauty and wonder. Then in 2017, Tarita wrote and directed her first juke box musical called Songs from Stage and Screen (set in 1950s, Sydney), that toured through the states of Queensland and New South Wales, performing in over twenty regional venues, including performances in Sydney and Brisbane.

Since returning to her home state of Queensland in 2015 after twenty years, she has worked regularly as a stage director, scriptwriter and music consultant. Highlights have included major Queensland Government events; the inaugural ceremonies of the Australian Women in Music Awards 2018/19; Opera in the Gardens – 2019-21; and, the Queensland Symphony Orchestra; Brisbane Festival, Bleach Festival and Opera Queensland.

With nearly thirty years in the performing arts, Tarita’s on-stage and off-stage experience have given her a unique perspective and skillset. Tarita’s goals are to continue to champion the importance of the arts in the development of Australian and global society, to continue working on the creation and incubation of original new works as a writer, director and composer, and to also extend and challenge herself and her abilities to identify emerging trends, in order to deliver innovative, safe arts experiences in a post COVID world. Tarita is a passionate feminist, advocate and mentor for females and LGBTQI+ artists working in the performing arts.